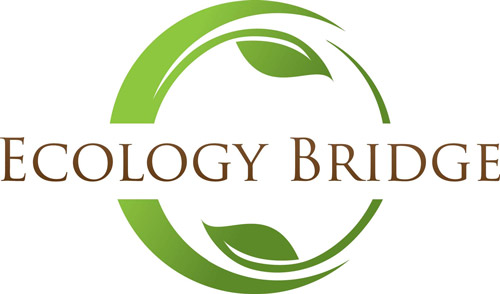 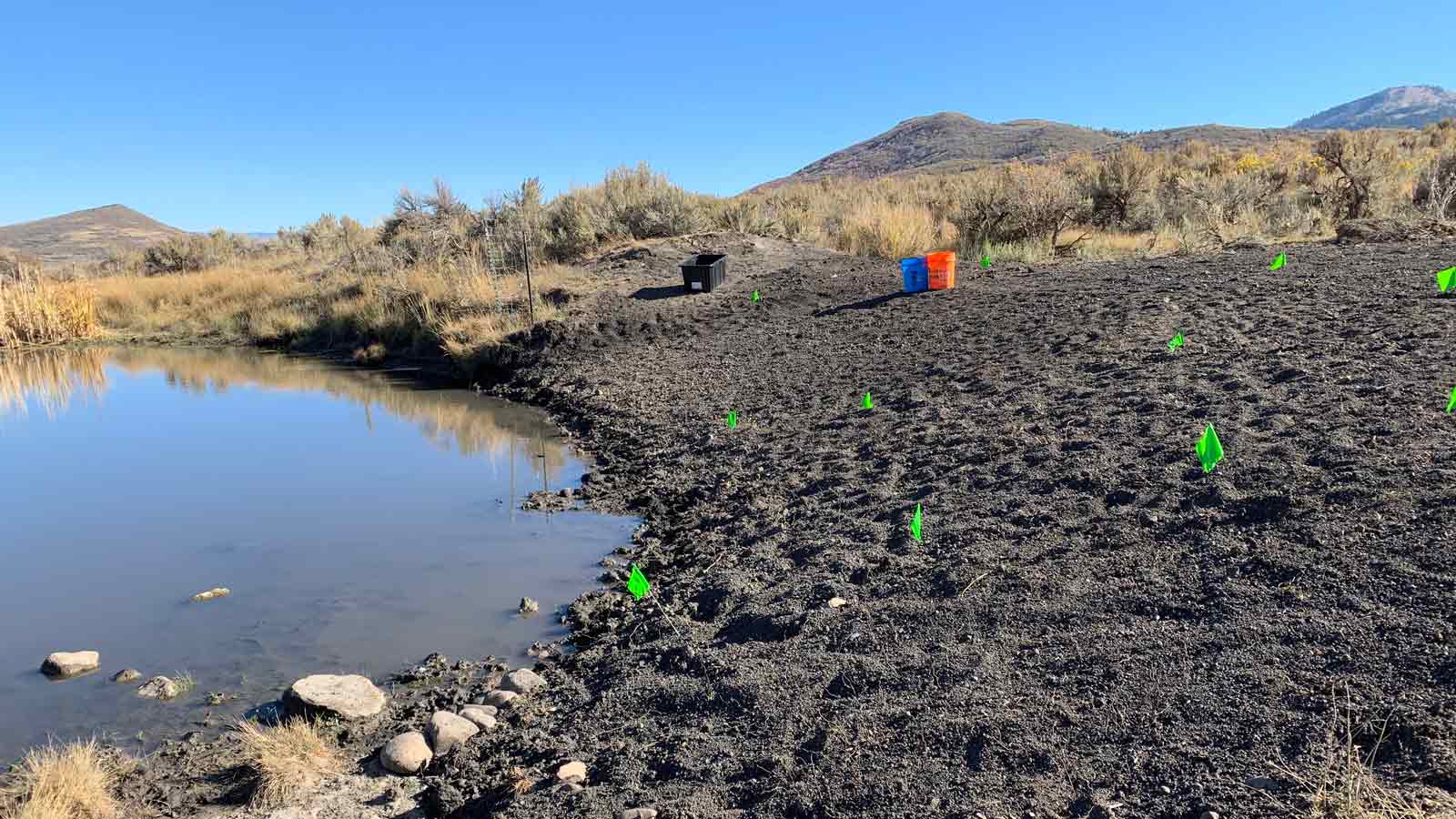 The pond and adjacent Grandmother Willow within Park City’s Round Valley Open Space are treasured locations for people, pets, and wildlife. This site provides shade and access to water in the heat of the summer that gives relief to recreationists and their dogs. Elk, deer, and many birds rely on the pond as a late summer water source. Like many treasured destinations, the site was being loved to death and a noxious weed, Russian knapweed, had invaded. The shore of the pond became heavily eroded, bare ground was increasing and Russian knapweed became the dominant plant on the south side of the pond. With its ability to change the soils, Russian knapweed suppressed germination of natives and made natural recovery impossible.

As a technical advisor to Park City, Ecology Bridge proposed a multi-phase restoration that would address the Russian knapweed and its soil impacts over 2-3 years followed by recontouring of the ponds eroded bank and revegetation of the pond banks and full restoration area. With the green light from Park City and a partnership with the Summit CWMA, Ecology Bridge wrote and was awarded a grant through the Utah Department of Agriculture and Food to fund the majority of the project.

After three years of control with a selective herbicide, milestone, weeding seeding plants and raking away dead knapweed plants, Russian knapweed percent cover was reduced to <5%. In 2020, we recontoured the eroded pond banks to create a more gradual slope into the pond to reduce future erosion. We then turned compost and biochar into the upland areas where Russian knapweed had previously dominated to increase soil nutrient levels and the capacity for the soil to capture and hold water. To test natural water capture basins, we installed two and planted native shrubs and seeded native grasses and wildflowers densely within. The remaining disturbed bare ground was seeded with native grasses and wildflowers and additional native shrub seedlings and 1-1.5-inch caliper narrowleaf cottonwood (Populus angustifolia) were planted. Fall of 2020, Ecology Bridge partnered with TreeUtah to plant willow canes along portions of the pond bank to help stabilize the bank and reduce dog traffic through the areas most sensitive to erosion.

In spring 2021, the area was lush with native grasses and wildflowers were starting to appear. Rubber rabbitbrush shrubs seedlings had tripled in size or more and other native shrubs survived the winter. The largest shrubs and greatest number of wildflowers were found in the test water catchment basins. Eighty percent of the cottonwoods that had been planted around the pond had survived the winter and the pond’s banks remained stable. The drought of 2021 stressed the newly established plants and by fall of 2021 all but three cottonwoods had died but the shrubs and seeded natives were still thriving. Approximately 50% of the willow canes established and were healthy by fall of 2021 while the Russian Knapweed cover remained below 5%, which, can be maintained with hand weeding to reduce herbicide impact on establishing native wildflowers. Because of the great success of this work, the soil treatment and seeding was expanded to adjacent areas and making the pond restoration an epicenter of restoration and protecting this treasured destination. 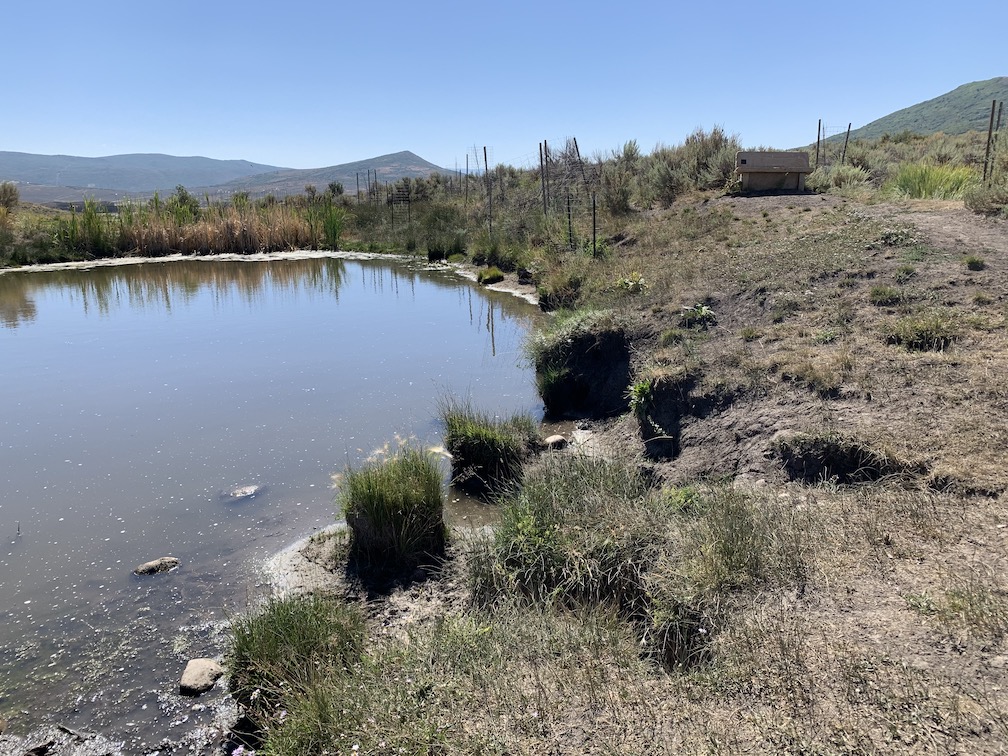 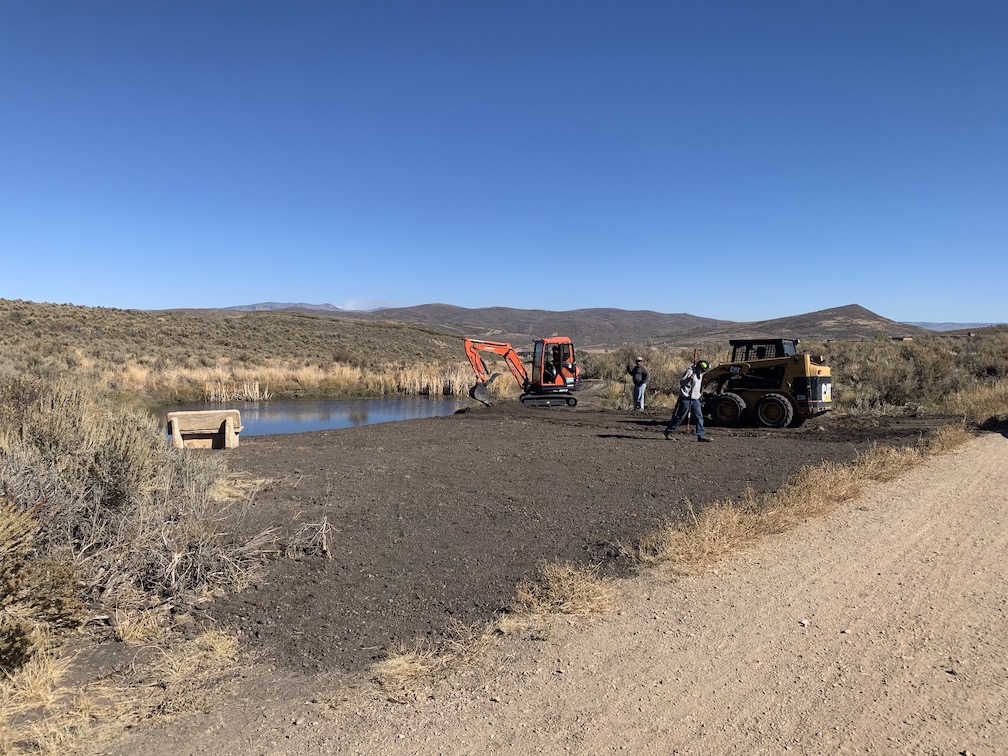 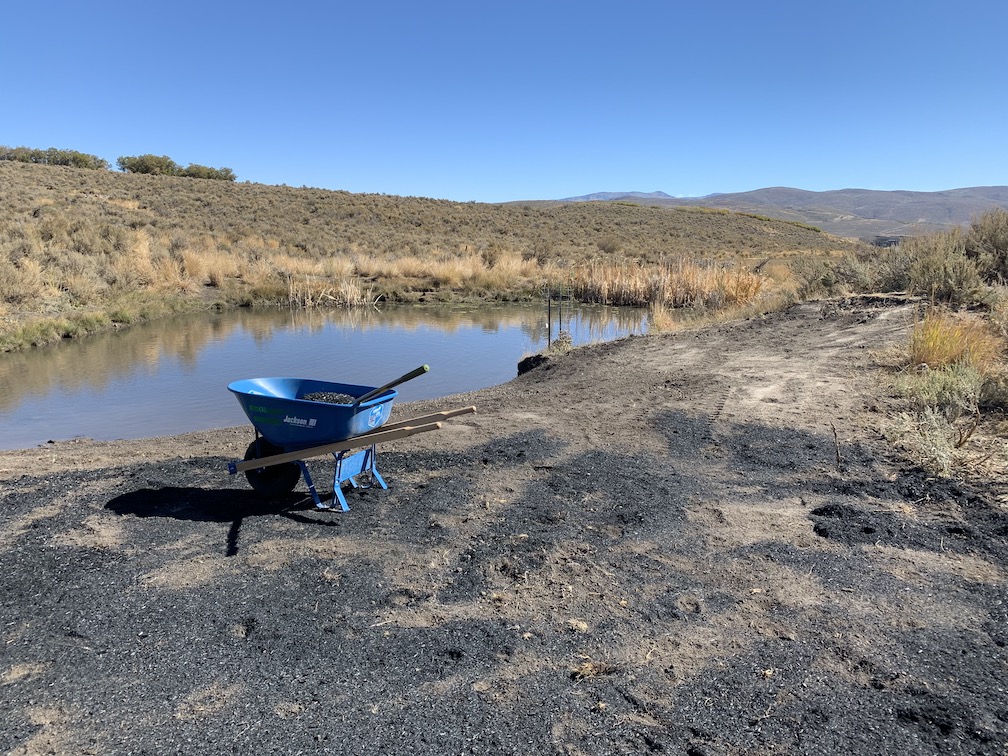 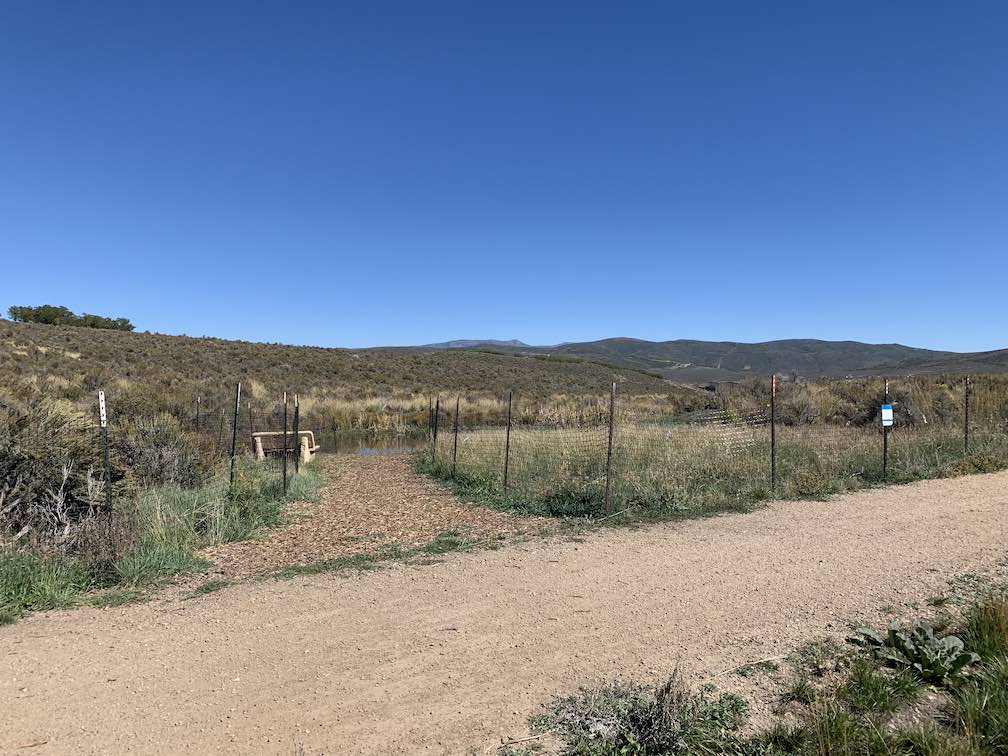 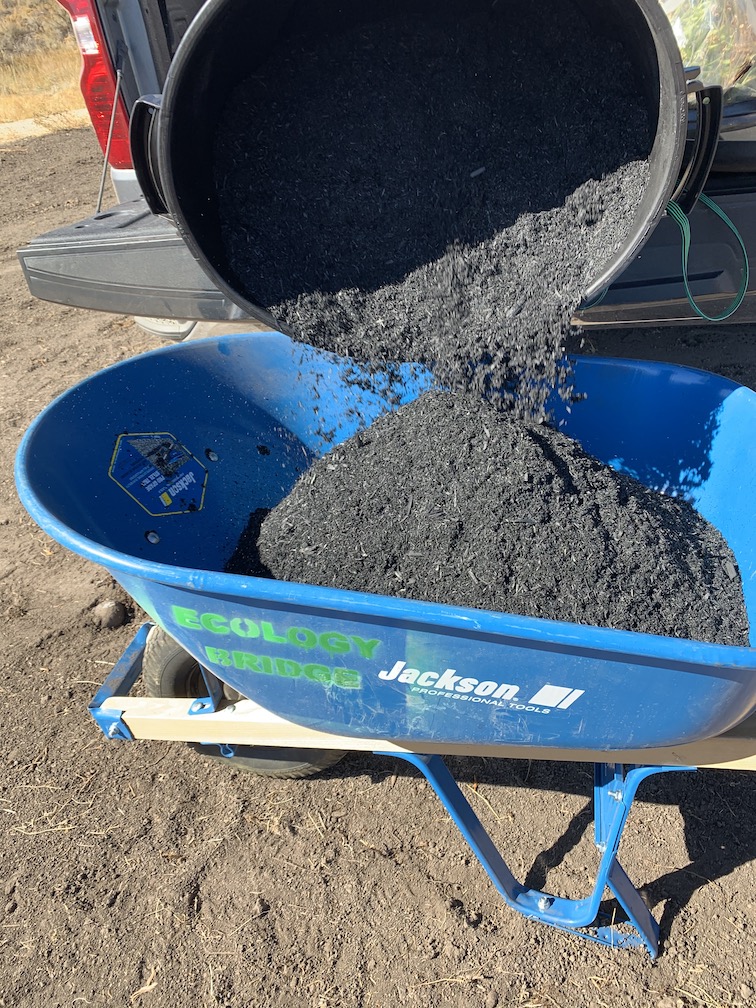 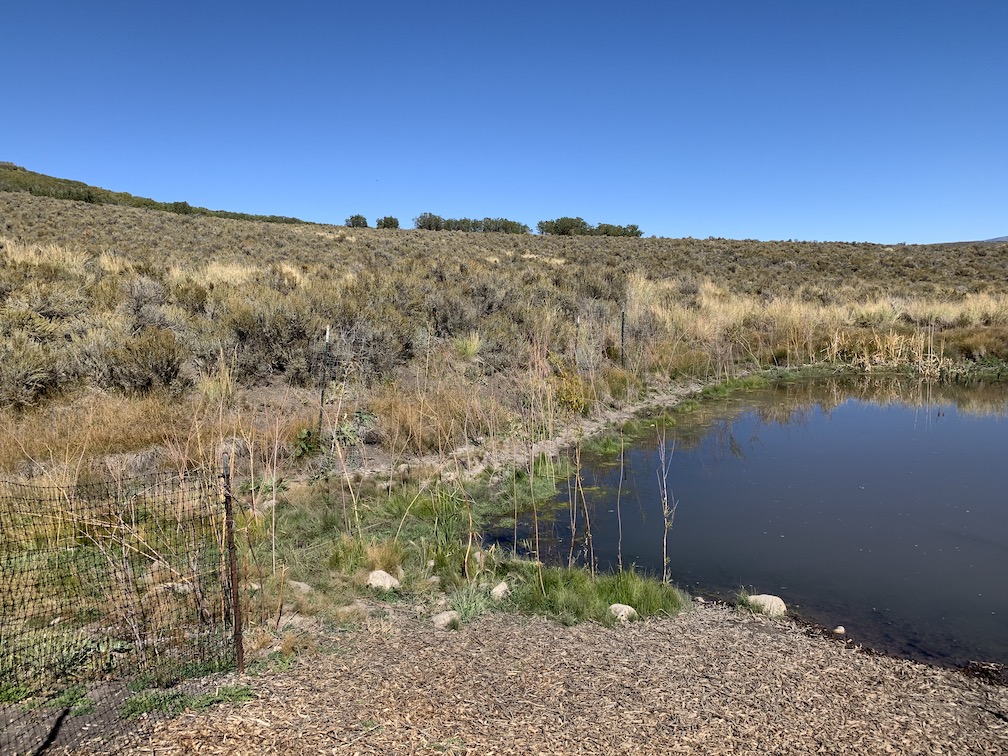 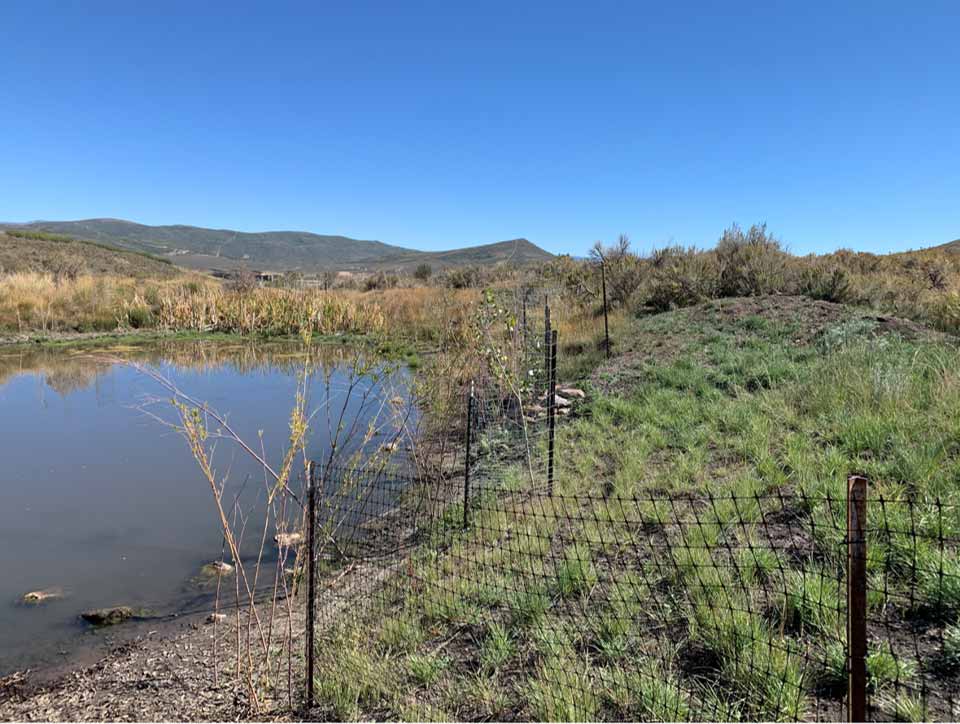 Round Valley Pond Restoration The pond and adjacent Grandmother Willow within Park City’s Round Valley Open Space are treasured locations for people, pets, and wildlife. This site provides shade and access to water in the heat [read more]

Roth Property Regenerative/Conservation Garden The Roth family are Park City locals, but before moving to Park City, they were Nevada ranchers. So, when they purchased the lot above their home three years ago, they wanted to [read more]

Long-term relationships allow us to know our clients well and anticipate their needs. We aim to help you achieve your goals today and long into the future. 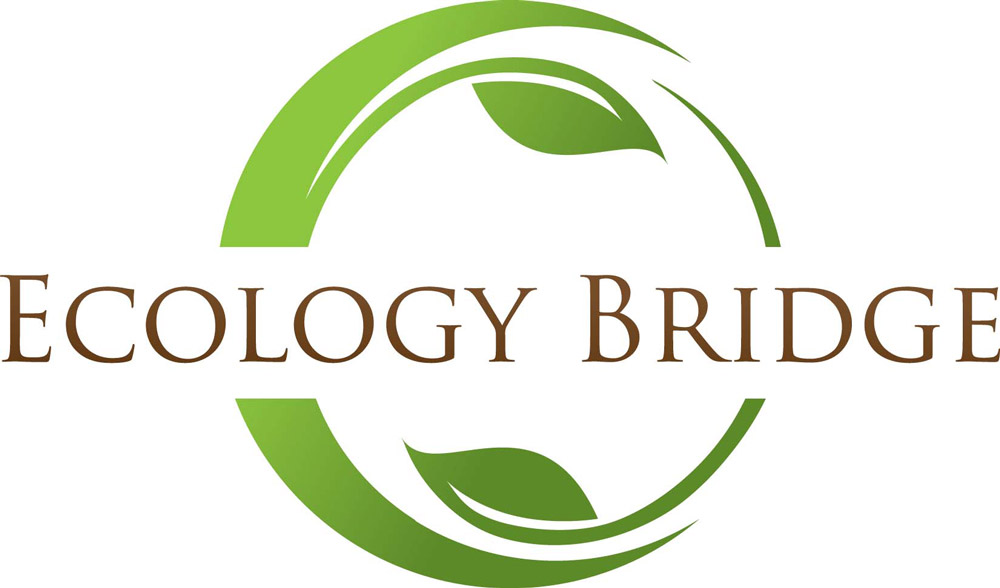